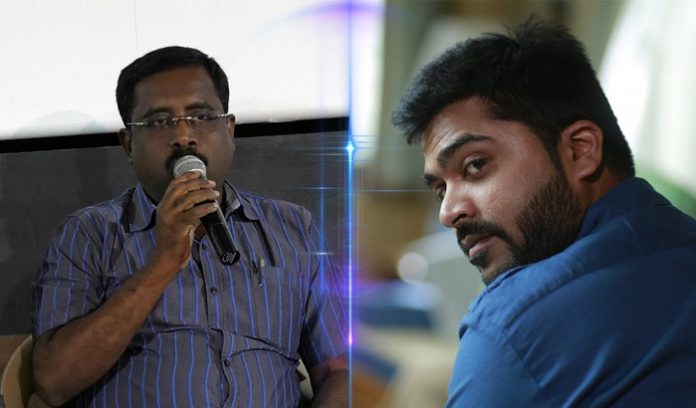 Anbanavan Adangadhavan Asaradhavan producer Michael Rayyappan is in the news again. Remember he lodged a complaint against simbu a few months ago alleging that his unprofessional; behavior while shooting for the movie made him suffer a loss of Rs 20 crore.

He even urged producers council not to allow him to act in any movie until Simbu settles the due. However Simbu acted in Chekka Chivandha Vaanam and now he is shooting for Sundar C film in Georgia.

Rayappan has once again moved the Tamil Film Producers Council. He wants them to get his due settled by Simbu soon.